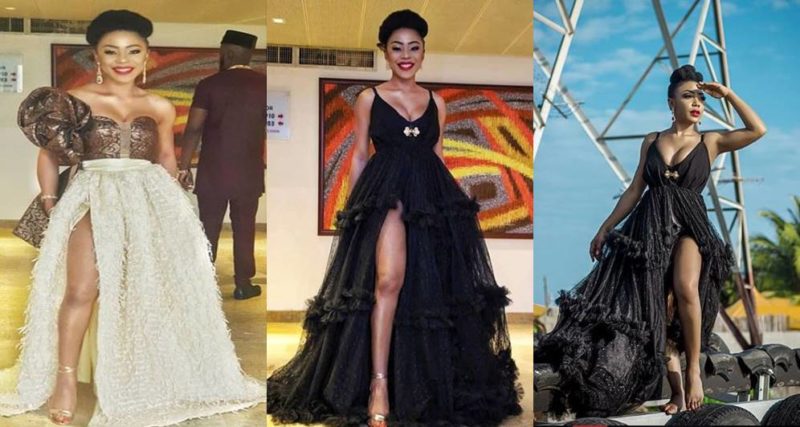 ‘I Can Never Be Poor Again’ – Ifu Ennada – Ex-BBNaija housemate, Ifu Ennada who has always reminisced about how she grew up and what her family went through, has just gotten a new car. 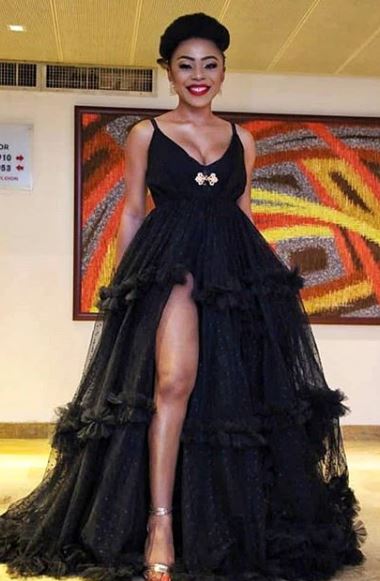 The reality show star has declared that she can never be poor again and her massive investments are already yielding fruits with a new car on its way. 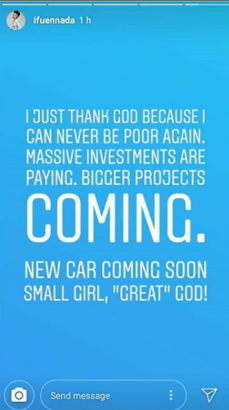 As a guest on PULSE, Ifu Ennada talked about what she has been up to recently. When asked about her love life, the actress made it known that she was single and ready to mingle.

“I am not dating anyone but I want a boyfriend. Honestly, the truth is that I want to date not because of the money but because I can take care of myself. I want to date because I need a companion. Sometimes I come back from work and meetings or sometimes it could just be some mental and physical work I’m doing in my house and I could just need some hug,”