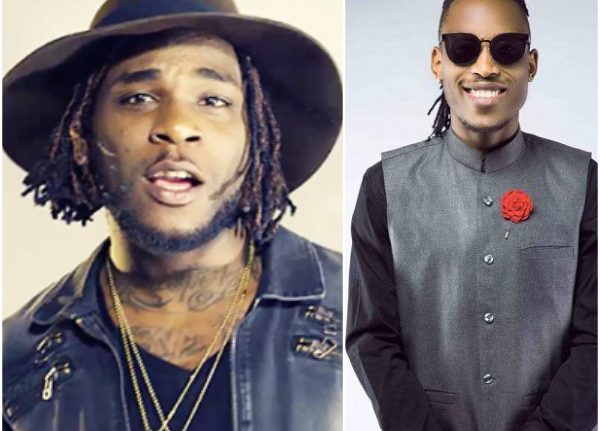 Following the announcement in the shift in the day of his concert, “The Burna Boy Show” which is set to hold this Sunday, 17th December, 2017, Nigerian Reggae dancehall star, Burna Boy has eventually indicate his decision to talk about the assault accusation directed against him regarding Mr 2Kay’s robbery attack today.

Burna Boy who was declared wanted by the Lagos State Police after he was accused of being in charge of the attack on Mr 2kay who was robbed & beaten at gunpoint after a performance at Eko Hotel and Suites, he tweeted;

‘I’ve tried to remain silent because as you all know, plenty talk no dey full basket but Today we go use bucket pack am. Lies and politics have surrounded my name this past few weeks but today you will hear THE TRUTH & I will start from the truth behind the SHOW “Postponement”’. 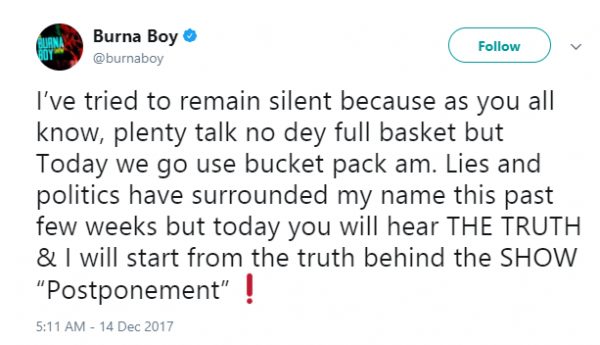