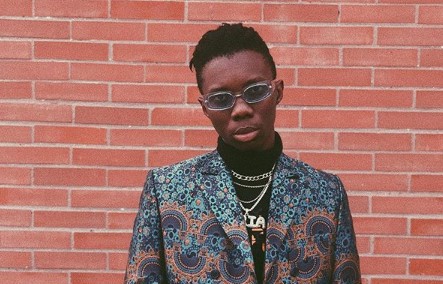 Self-styled Best Rapper in Africa Blaqbonez has shared why he has a beef brewing with fellow colleague Santi.

Chocolate City artiste Blaqbonez is in the news for having a fallout with Santi because the latter delayed the release of his song ‘BBC (Big Black Cock)’.  Blaq was on a media tour to promote his new song at a Lagos radio station where he explained what transpired between him and Santi.

According to him, BBC was scheduled for release in September but Santi had issues with him when he tried releasing the song after he sent in his verse. The impasse between both parties delayed the song release.

During his interview, Blaqbonez said he now has bad blood between him and Santi as the latter frustrated the release of his song.

Watch a clip of Blaqbonez interview below.

Blaqbonez finally opens up on his beef with Santi pic.twitter.com/c65sHw9dp7

I’d never forgive Blaqbonez for that santi verse that he kept away from the world😪…..