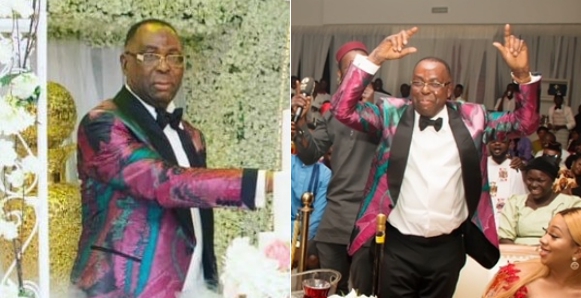 Unfortunately, the billionaire’s bag containing $150, 000 and N4 million which he brought to spray at the wedding was stolen.

The bag also had his passport, phones, cheque book, a new bible said to be given to him by T.B Joshua. It was stolen by men who disguised to be part of the wedding vendors.

However, the CCTV camera installed in the venue of the wedding hot the face of the men. The matter is being investigated by the police.