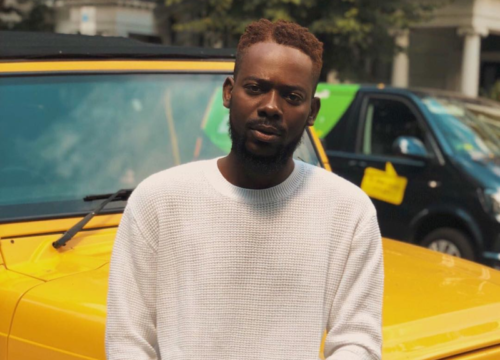 Afro Urban singer Adekunle Gold had a good outing this year as he has been able to achieve quite a lot for himself. One would be selling out his London and Lagos shows. Apart from that the ‘About 30’ album by Adekunle Gold was being considered by the Grammys for a nomination in the World Music category.

In a recent chat, the singer said he is indeed pleased his work was even considered and it means a lot to him.

“I’m happy that ‘About30’ was considered by the Grammys. I wasn’t nominated; but it’s a big deal for me to be considered”, he said.

The singer whom we reported had a low-key introduction with Simi spoke highly of her support during his three-day concert at the Terra Kulture.

“Three nights of mind-boggling, earth-shattering, soul-snatching magic, and you made it possible. I had a dream and you were in it; and like déjà vu, I saw it happen again, but this time in real life. Thank you. It’s not enough to thank you, but it’s true. My gratitude is full. I can’t wait to do this again, me and you, leaving our mark in the hearts of people, over and over and then, over again. You make it worth it, you’re worth it. I just want to continue to be worth the trouble for you. So again, thank you”, he said.