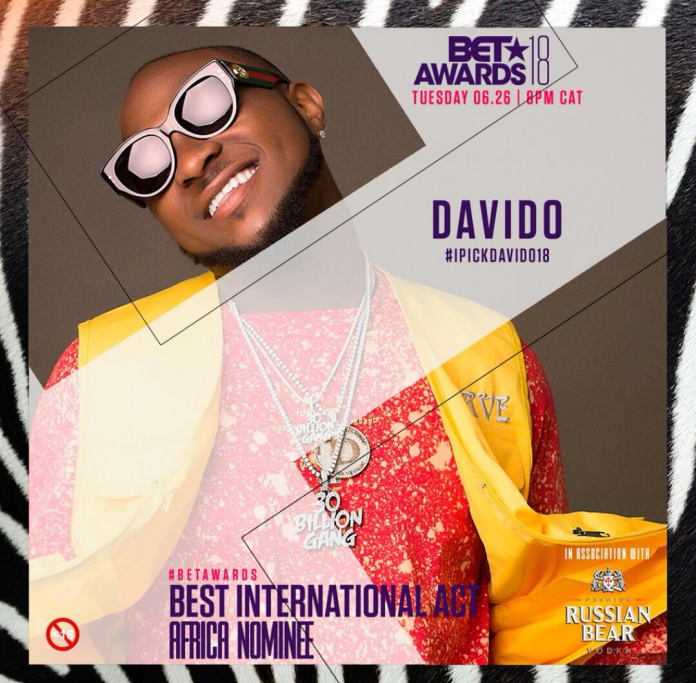 Here is some good news, from now on the winner of the BET Best International Act category would be given his/her award on the main stage.

Earlier to this pronouncement, all previous winners of BET Best International Act: Africa normally got their award backstage earlier than the main BET event.

Anyhow, top African music stars like Wizkid have frowned about the way in which the recognition was given to them. It’s clear that such calls for improved treatment of African artists have not gone unnotice & something has been done to the aftermath to change things.

In a new tweet, BET has decleared that the winner in the Best International Act: Africa would be bestowed the award during the live show. 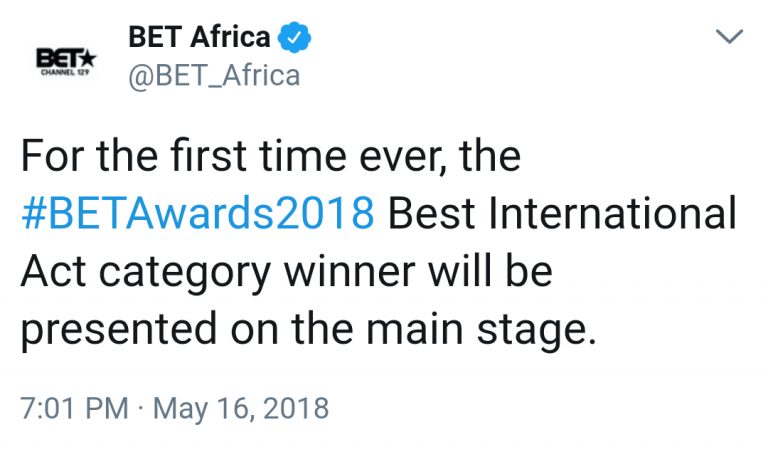