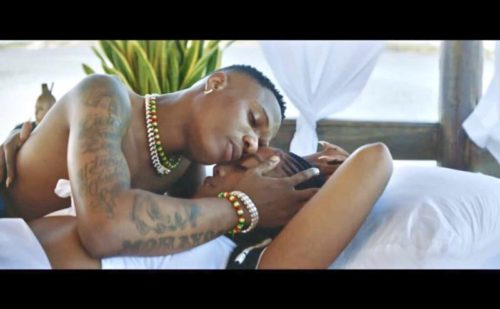 The Wizkid stew is everywhere, as Fever video keeps trending within  and beyond Nigeria.

It came pretty much as a surprise to music fans after Wizkid starred Tiwa Savage on his video as a model and vixen. The pop stars gave steamy and sensual vibes on the video set which has set the internet ablaze.

Some people say Wizkid and Tiwa Savage have something deeper than colleagues and best friends working for them. A lot of rumours and speculations here and there.

To add more fuel to the buzz, Wizkid and Tiwa Savage have taken turns to appreciate themselves on Instagram which a lot of fans find very sexy. 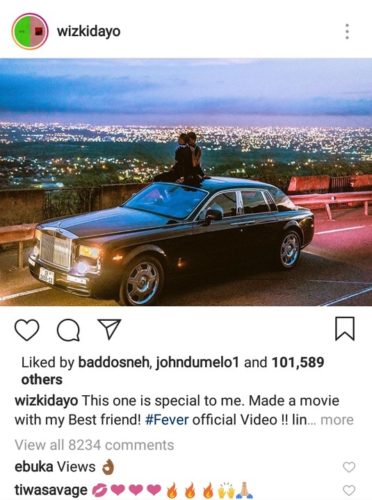 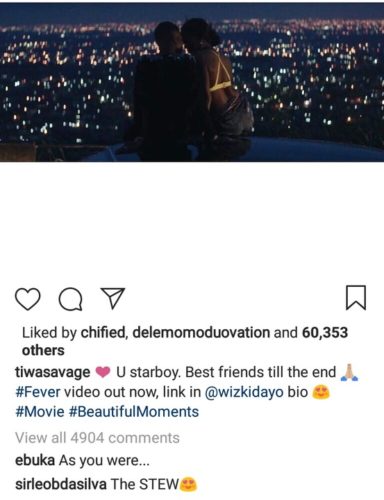