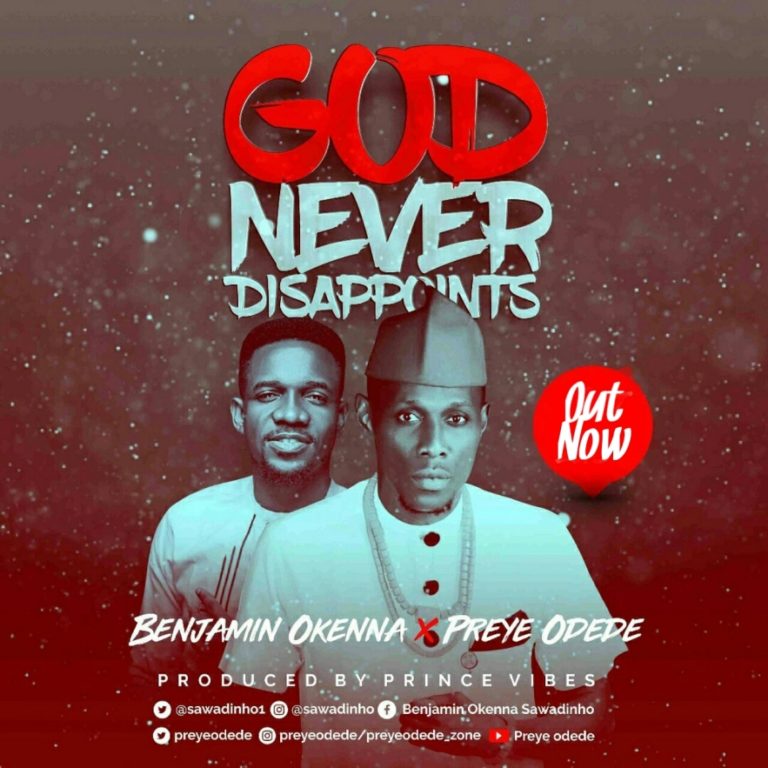 Port Harcourt based singer Benjamin Okenna comes out with a resounding message. The modern Gospel melody embrace praise sub-theme in its acknowledgment of the conviction that “God Never Disappoints“.

The song was produced by Prince Vibes.