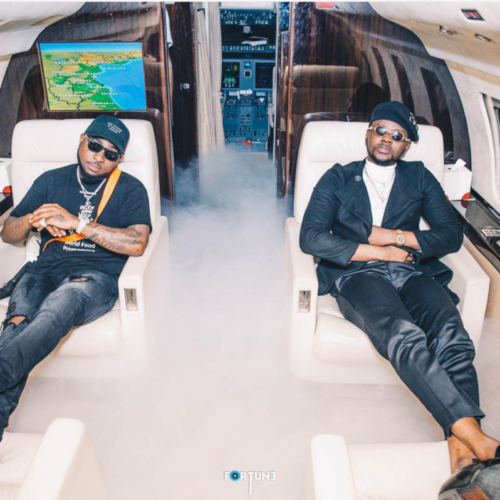 There might be a new beef brewing between Kizz Daniel and Davido after the incident that happened at ‘Davido Live In Concert’ last Thursday.

NaijaMusic reported the incident that transpired yesterday after Kizz Daniel’s manager was slapped by Davido. The Fly Boy Inc. boss decided to leave the concert he was billed to perform after the I’ll treatment of his manager.

READ ALSO: Kizz Daniel Pulled Out Of Davido’s Concert After His Manager Was Slapped By Davido

As an aftermath, Kizz Daniel did not perform ‘One Ticket’ with OBO. Again, Kizz apologized to his manager for the unfortunate incident.

It didn’t end at pulling out of the concert, Kizz Daniel unfollowed Davido on Instagram. He also went on to delete any memories in photos he had shared with Davido on his Instagram page.

See the screenshot below. 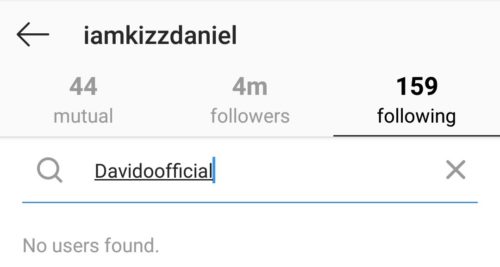