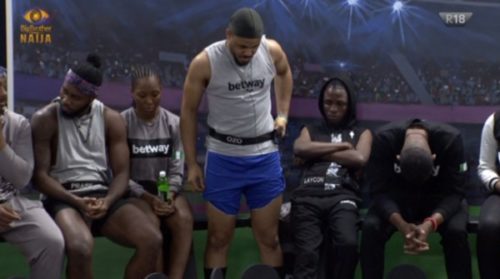 As usual, the remaining BBNaija housemates were again given a challenge to determine who would be the next Head of House for week 3 in Big Brother’s house.

Ozo performed better than everyone during the challenge to become the next Head of House. He succeeds Lucy who led the house last week.

Meanwhile, Ka3na and Lilo were both evicted from the BBNaija Lockdown reality TV show after 2 weeks in the house.

For the position of Deputy Head of House, Ozo picked Dorathy. Both Ozo and Dorathy have been the best of friends and Ozo’s choice shouldn’t be a surprise.

Congratulations #BBOzo on your Head of House win!🥳
Any idea on who he is going to choose as his Deputy?🤔https://t.co/KAqgQU7lFB#BBLiveBlog #BBNaija pic.twitter.com/AxvTGyYhxf