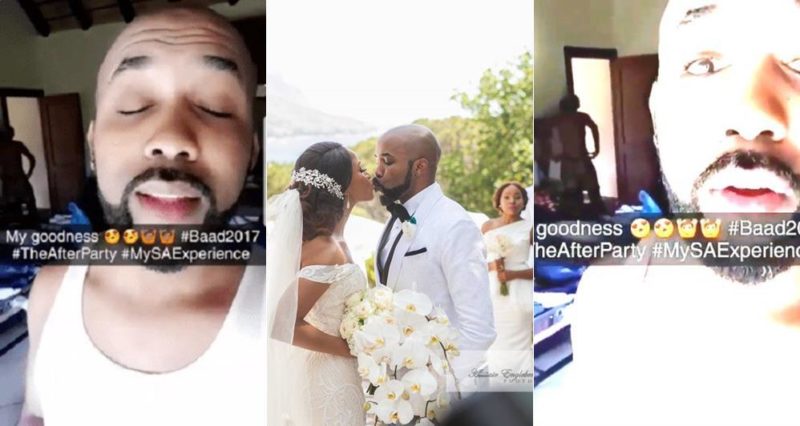 Banky W and wife has both responded about a video Banky W shared on his snapchat and has gone viral on the internet. 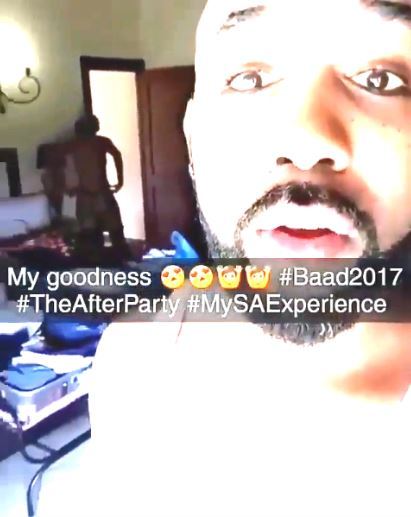 The singer, Banky W wrongly shared a video of him while is wife is putting on his panties at the back

The couples has both Now, they have both replied on Social media.. Banky W shared one of their wedding picture and captioned it; “Mood…” with some emojis laughing off the video! and she responded.

See the Screenshot below; 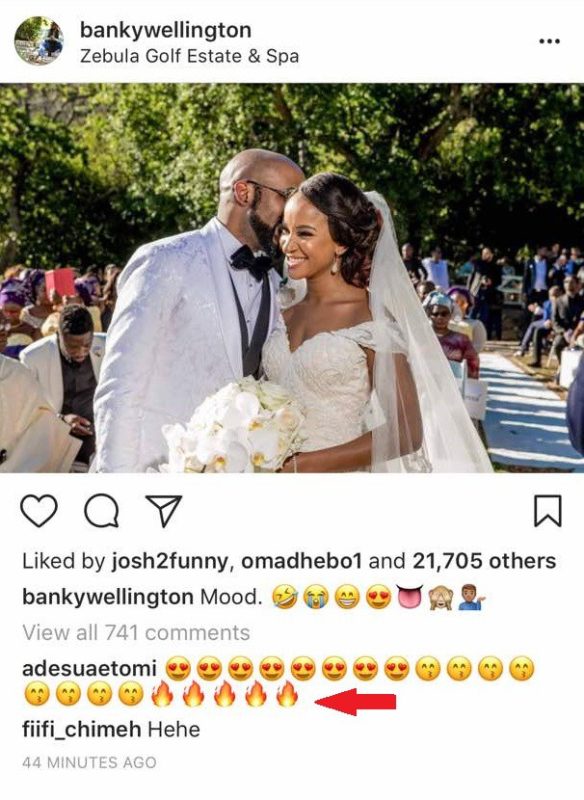 While the wife, Adesua post another beautiful photo from their wedding, and captioned it, “My Husband”, and Banky W responded, see screenshot below; 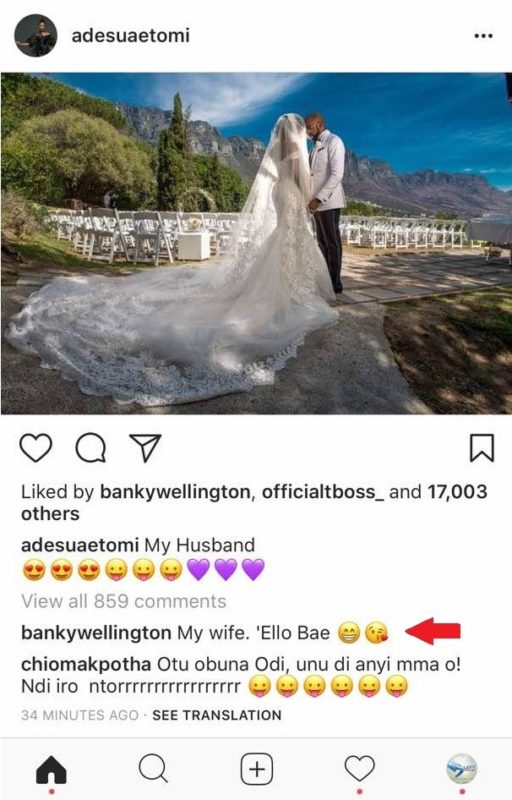