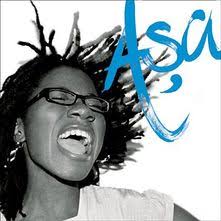 Our NaijaMusic Thursday throwback hit song goes to Asa – Jailer one of the best Nigerian classics.

Asa is a French based Nigerian artiste, she released her classic hit ‘Jailer’ in 2007. The song was part of her debut album ‘Asa’. The singer has bagged several awards and nominations based on the song.