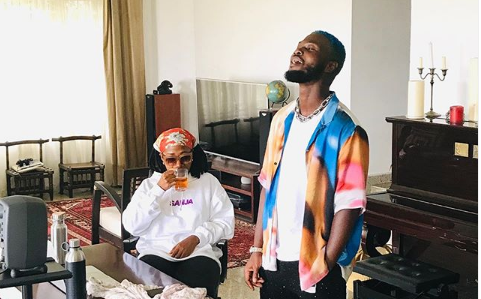 Two of Nigeria’s finest musicians Asa and Wurld have linked up together for what would be a new music collaboration.

According to recent updates by the two singers, a new song is cooking between the two. Both Asa and WurlD shared photos and clips from their time together in the studio.

Music fans are already excited with the prospect of new music from the two music stars.

Below are some clips and photos from their studio link up.