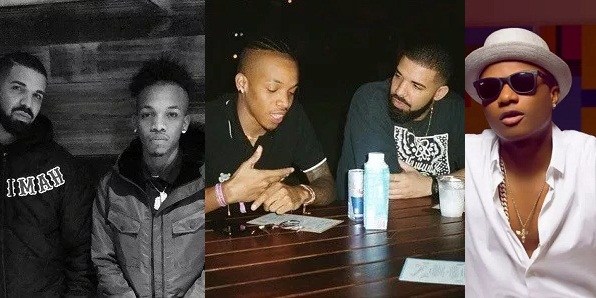 AMAZING! Drake shares Wizkid’s Soco Soco and Tekno’s Jogodo song cover art on his IG Story! Man of the moments, Rapper Drake has just recently won the hearts of Nigerian fans with his most recent post on his Instagram story.

The Canadian Rapper, who is as of now breaking records with his most recent album ‘scorpion’ gave us a hit on how his music library is set up, and it won’t generally be suprising that he listen in to those tunes because of the way that he has had business to do with Wizkid & Tekno as of late. 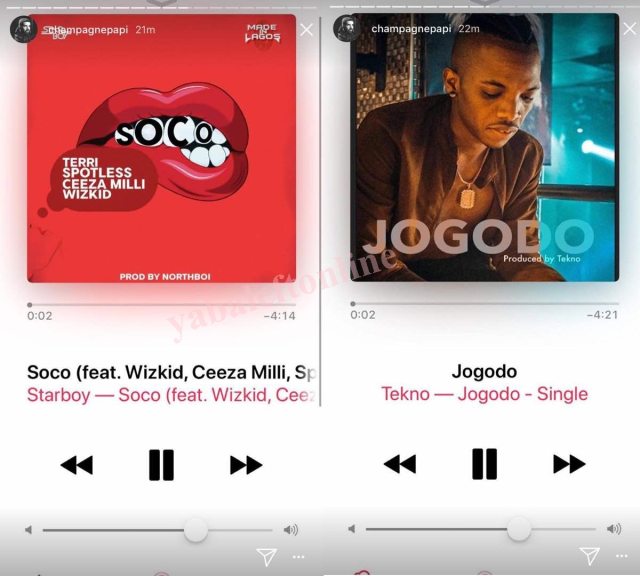 This demonstrates that Nigerian music is worldwide now!!!!! cheee