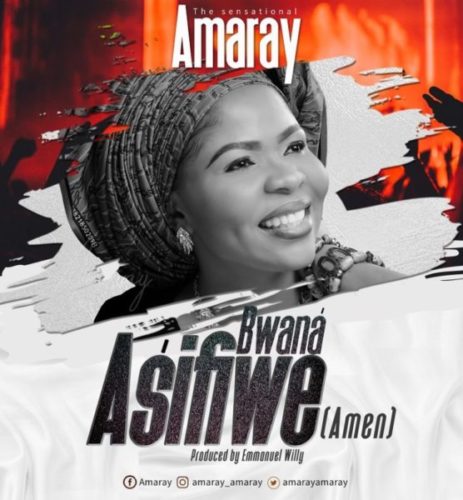 The new single is a sound of love recognition combined with prophetic affirmations. It’s made with a combination out of three unique dialects (Swahili, Igbo, and English Language).

Rendered with a remarkable and musical local Africa tune, the tune was joined by an astounding video highlighting vivid scenes offering thanks of heart and trust in the guarantees of God.

Amaray is a flexible vocalist, dynamic admirer, recording/performing craftsman, and a music executive who has recorded and discharged loads of tracks to extraordinary recognition. Her most recent single “Bwana Asifiwe” was created by Emmanuel Willy.