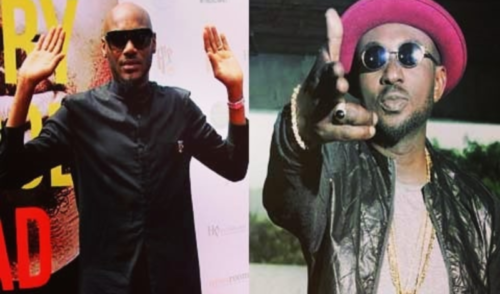 Former Plantashun Boiz member Blackface is taking shots at his former friend and band mate 2Face in a new video.

Blackface relaunched his long standing feud with 2Face this year after openly declaring war on him. He went ahead to say he would end his (2Face’s) career this year.

In a new video that just surfaced the net, the ‘Killah’ crooner said a few things about 2Face. He also said that the ‘African Queen’ crooner did not want first to be admitted into the group then when it was just the both of them.

Blackface Naija said he is disappointed with 2Baba’s 2018 hit ‘Amaka’. He said that is not music.