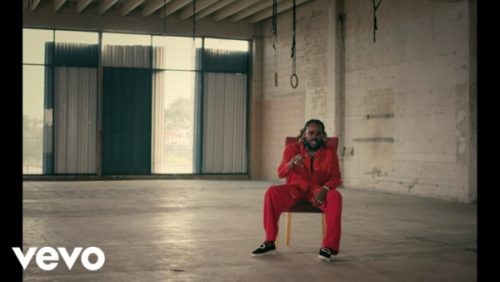 Adekunle Gold shows off his new Afro-pop branding in his new music video. His album ‘Afropop’ would be released later this August.