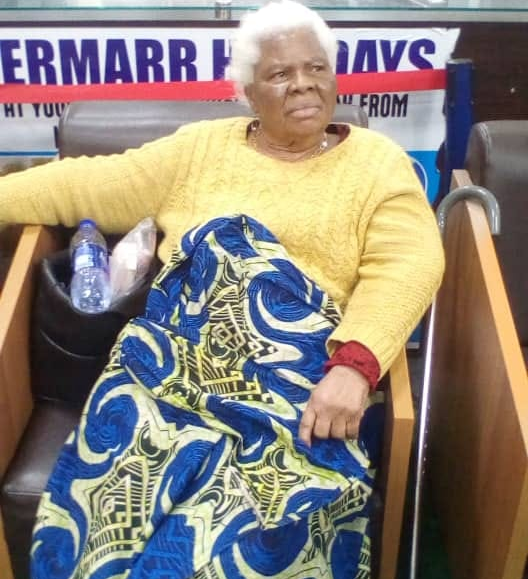 78-Year-Old Woman Gets Stranded At The Lagos Airport After Children Abandon Her – A 78-year-old woman was reduced to tears after she was left stranded by her sons at the Murtala Muhammed International Airport, Lagos.

According to a staff with the Federal Airports Authority of Nigeria (FAAN), Iwuchukwu Benneth, Ms Benice Ikerionwu’s son was supposed to pick her up from the airport but he never did, and the woman had no money or phone on her, neither could she get to her son’s house on her own.

Not knowing what to so, the elderly lady starting crying which caused a passenger who saw her in distress to notify the airport authorities who then tried to contact the woman’s family using the phone number that booked the flight.

They were able to get in touch with the woman’s daughter but she refused to cooperate with them and also refused to give her brothers’ phone numbers.

Iwuchukwu Benneth had to share the elderly woman’s photo on Facebook so her relatives could come and get her. 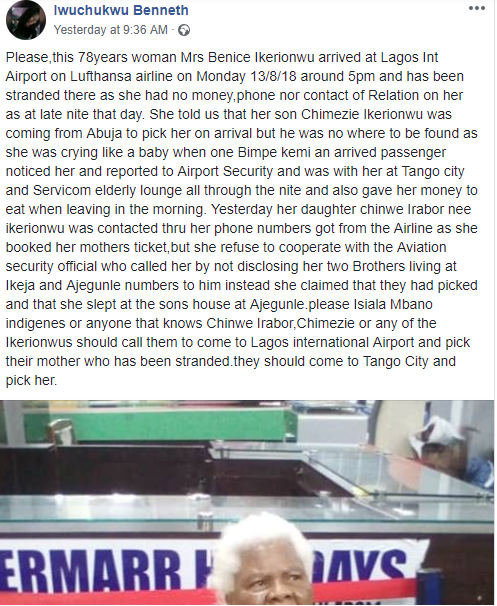