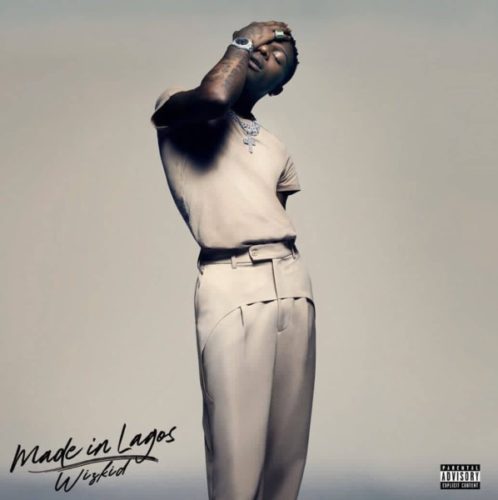 Over the weekend some fantastic music was released, a handful of artistes dropped various tunes. The biggest release of the past weekend was the release of Wizkid’s fourth studio album ‘Made In Lagos’.

There some fantastic songs off the album you should listen to even though you don’t get the chance to listen to the entire project.

Besides songs on MIL, some other dope tunes dropped and we have put together a list that would be worth your listen.

Below are some amazing Nigerian songs you should listen to this week.

‘Reckless’ is the first track on the ‘Made In Lagos’ and it’s a beautiful Afrobeat with some heavy percussions and horns which further enriches the tune.

It’s a groovy braggadocious song to introduce the album.

The Starboy totally bosses the beat.

The new song was in commemoration of those Nigerians who lost their lives due to police brutality and during the End Sars Protests.

The African Giant took the time to document the sad incident with soundbites from the Lekki Massacre shooting.

A popular Nigerian disc jockey, DJ Neptune teamed up with BBNaija season 5 winner Laycon who is also a rapper for the (Icons Remix) of his smash hit ‘Nobody’.

After much anticipation, DJ Neptune finally released the record to the excitement of fans.

The tune is doing pretty well on digital streaming platforms.

Another brilliant tune from Wizkid’s ‘Made In Lagos’ album is ‘Essence’, a sensual R&B tune that puts you in a certain frame of mind.

Wizkid teamed up with buzzing Nigerian singer Tems totally owned the track with her sonorous voice.

Another song on our list is ‘Olorun Agbaye (You Are Mighty)’ by gospel singer Nathaniel Bassey.

It great to begin the week on a good foot spiritually, Nathaniel Bassey together with Chandler Moore and Oba teamed up to make a soul-lifting worship song.

Once in awhile veteran rapper, MI Abaga comes through with new music to placate fans.

This time he teamed up with the organizers of ‘African Knockout’ to make the official soundtrack of the show.

“The AFRICAN KNOCKOUT Show soundtrack centers on winning, being a champion, and overcoming challenges.

The song is highly inspiring and seeks to motivate one to be a better version of themselves.”

There is another tune you have to listen to from the ‘Made In Lagos’ album and it is titled ‘Blessed’.

The song is a mix of Afrobeats and dancehall, the best of both worlds.

The P2J produced track reflects a typical day on Lagos streets and the energy is maintained throughout the track.

Nigerian Songs You Should Listen To This Week