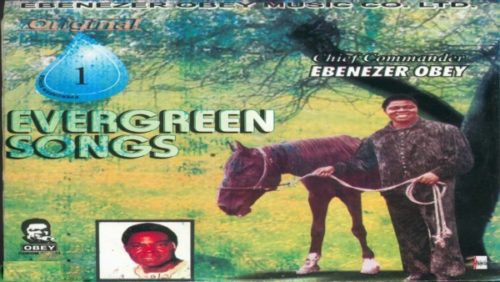 The gospel music industry started a long time ago in Nigeria with notable musicians like Ebenezer Obey, Mrs. D.A. Fasoyin & C.A.C. Good Women Choir, Ibadan, Pastor J. A. Adelakun, and many other dishing out songs that still bless the soul to date and reach out in every season it is being played.

Songs released by the above names and some others have been a source of blessings and are still been heard by the present generation who at no time considers the style of music or the lyric of the songs stale for their generation.

The power their songs carries over the years seems to never fade which shows that there is a great backing given by God when these songs were released and made them evergreen till this present moment.

NaijaMusic has taken time out to share with you five amazing evergreen gospel songs that have blessing thousands of lives across the world and still have an impact today.

See the list below, however, you can also add your list in the comment section and let us discuss together how these songs have blessed your life.

Evangelist Ebenezer Obey who is popularly called Commander is one of the highly respected musicians as far as the Nigerian music industry is concerned.

The 78-year-old man over the years has been dishing out advisory songs and also the heart of God to his people to learn from in their journey of life.

Chief Obey released “The Horse, The Man & The Son” in 2006, which teaches about people are hard to satisfy despite their effort to do all things to their taste.

Mrs. D.A. Fasoyin & C.A.C. Good Women Choir, (Ibadan) released an amazing song in 2012 titled “Odun Nlo Sopin” and ever since its release, the song has been a prayer on the lips of numerous individuals during the ‘Mber’ month which many people requires extra care as they plan to cross to the next year.

The songs released by this great woman still have a strong impact on the lives of many people in this generation.

Pastor J. A. Adelakun released an amazing piece in 2016 titled “Satani Deyin Lehin Mi”. The melodious release over the years has received high download because of the prayer therein and the power it carries when it been sung with faith attached to its lyrics.

Pastor J. A. Adelakun is one of the household names to reckon with in the Nigeria gospel music industry that has released songs that are still impactful in this generation.

Pastor J. A. Adelakun released “Amona Tete Ma Bo” in 2016 to talk about things that are happening in the world are according to the prophecies in the bible that the end of the world is near.

The cleric pointed to certain things that show that the world is at its end. He took the opportunity to call on God to come and save the world from destruction before it gets totally damaged.

The lyrics of the songs are biblically based and one of the evergreen songs in Nigeria.

Ebenezer Obey released a gratitude song titled “Soro Mi Dayo” in 2006 and youths of this generation still vibe to this amazing song and praise God through the soft style of music adopted by the Chief Commander who has been consistent over the years.