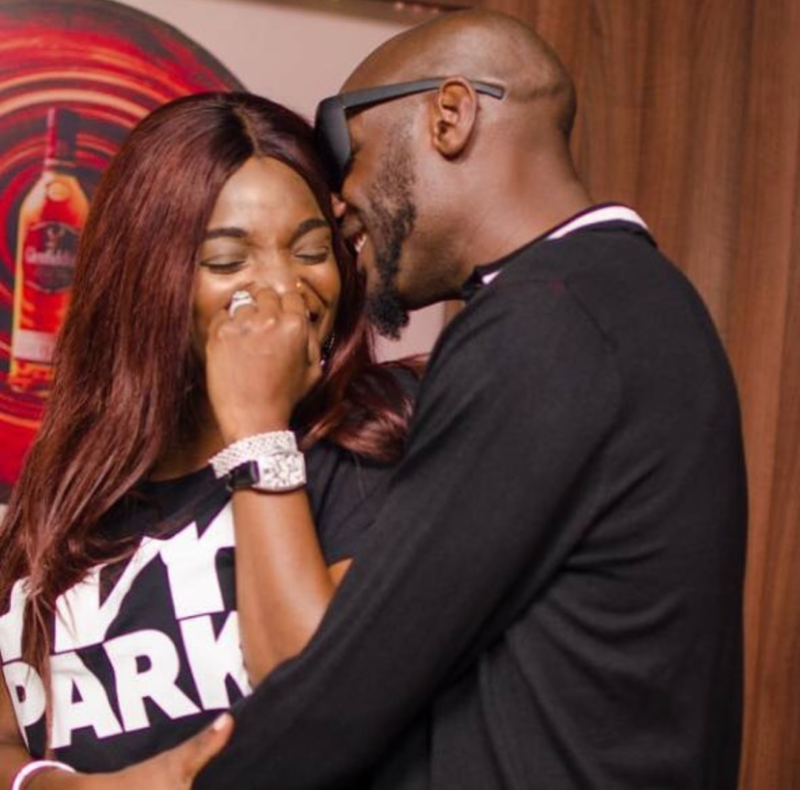 It’s family over everything as the women in 2Baba’s life settled their long standing beef.

In a new video that surfaced the net, Nigerian singer 2Baba was seen shedding tears as his wife Annie Idibia squashed her issues with his baby mama Pedro Adeniyi.

The two women were spotted in the video embracing themselves as they finally made peace with each other. 2Baba couldn’t stand the peace process as he teared up.

Before now 2Baba had two kids with his US based baby mama Pedro.