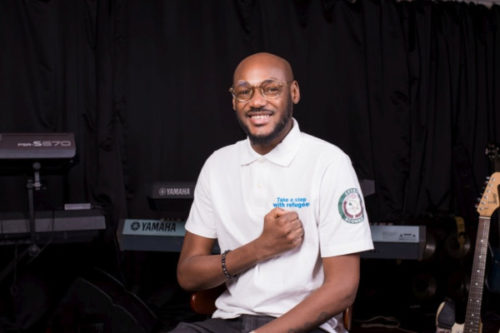 The United Nations High Commission for Refugees (UNHCR) has picked Innocent Idibia aka 2Baba as its ambassador.

The veteran musician was today announced as UNHCR Goodwill Ambassador, this is due to his contribution to philanthropy and also a High-Level Supporter of UNHCR’s LuQuLuQu campaign.

The UNHCR campaign is a “pan-African movement of people from all walks of life investing in a better future for forcibly displaced people across the continent. In this role, he has dedicated his time to uplift the narrative of refugees and internally displaced persons (IDP) in Africa”.

At the moment 2Baba becomes the first appointed Goodwill Ambassador for UNHCR.

The excited singer shared the news on Twitter with many of his fans congratulating him.